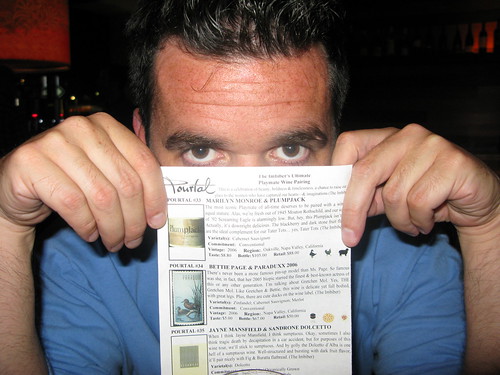 I had a chance to meet up with Dan Dunn, aka The Imbiber and Playboy bad boy booze columnist based out of Marina del rey, over several, several ounces of Playmate-inspired wines at the Pourtal Wine Tasting Bar in Santa Monica. If you’ve read his adventures-in-drinking tome Nobody Likes a Quitter, you know that it was an evening of hilarity, jaw-dropping storytelling and boozing. OK, maybe we didn’t drink as much as you’d think two people who write about drinking would but it was still a good time. 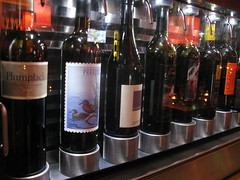 On the recommendation of my bf, I read Dan’s book over my flight to and from New York last week and have instantly become starstruck. Hey, he writes about booze for a living! He’s my hero for being able to pull an all-nighter and still meet his deadlines…somewhat. And he’s working on his second book, called Living Loaded: A Life-Affirming Journey to the Depths of Humanity With Cocktails, due to come out late next year. It was good timing that he created a special tasting at Pourtal where he paired wines to famous Playmates because then I got to meet him.

Anyway, there we were at Pourtal with Dan high on the Philadelphia Phillies’ win and a prepaid wine tasting debit card at our disposal.

We talked about everything from why he considers Pam Anderson to be a Bad Boy Red to his friendship with the late Hunter S. Thompson to his thoughts on the mixology scene. Unfortunately due to space constraints, I didn’t include his HST story here but you really should read his book Quitter. It’s there; good stuff.

CoC: How did you narrow down the Playmate wine list? 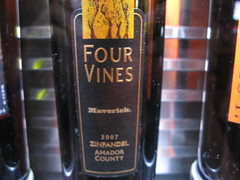 DD: The original list of Playmates was probably about 14. And then I narrowed it down by process of elimination by who I wanted to sleep with most. Some were obvious like Lisa Semler. Pretty much have to pair her with her wine.

And then the other ones, I mean, let’s face it, it wasn’t really an exact science. It’s not as though the Maverick really does taste like Jenny McCarthy. I thought Jenny McCarthy has always had a maverick spirit to her. And then Pam with the bad boys, clearly she likes bad boys.

The Big Basin is a wine that I love — a lot of people probably aren’t aware of it. The one I love from Big Basin is called Rattlesnake Rock. It’s a little too expensive, though, so I figured we go with [Big Basin Syrah Mandala] instead because people don’t want to pay $9 or $10 for an ounce. I really like that winery. At Big Basin, the guy Bradley is kind of a free spirit, his wife’s a Yogi. They do wine and tantric sex seminars at the winery. It’s an exploration of wine and tantric sex, a three-day seminar. It sounds kind of cool.

Who was the number one Playmate you wanted to sleep with?

Probably Bettie Page, although, I don’t think she’d smell very good at this point. But really, truth be told, Jayne Mansfield. She’s sexy. Except for losing her head.

What’s your favorite of the wines on this Pourtal Playmate list?

Hmm, they’re all great. Whoever picked these is a genius. The Il Ghizzano is a fantastic value. Plumpjack’s great. I like big, fruity Napa Cabs so Plumpjack appeals to me but I don’t know that I have a favorite but I think each has different qualities that I like. I like the Semler in that it’s a locally produced wine that’s really high quality. The Bad Boy Red, produced by the Rocca family in Napa. Is this their best wine? No. It’s a good wine, an affordable wine from that producer. They have higher-end wines that I prefer but this is a really great value wine.

I think when people come out and they want to sample wines, who’s looking to sample, especially nowadays, $100 bottles of wine? I wouldn’t be if I actually had to pay for them. The main thing about what we did here is to make a new spin on pairing wine and make it a little sexy. [In a British accent] “What’s wrong with being sexist?”

According to your book Quitter, you’ve been able to write even after a night of drinking. How do you do that?

Cocaine. (Laughs) I don’t know. God smiled upon me and gave me the gift of being able 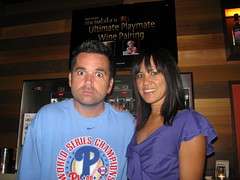 to write semi-coherent prose when I’m drunk. I don’t always make my deadlines. The better footing you’re on careerwise, if they like what you’re doing, you can get away with horseshit. Early on in the game when you’re hustling and trying to make it then it’s a bad idea to miss deadlines. But now I can kind of miss them a little bit because I don’t think they want to get rid of me.

What’s your favorite bar in L.A.?

Hinano, I love the burger at Hinano. But a lot of my bar life now consists of staying away from ex-girlfriends in bars. I was living with a girl and then she moved out and she lives on the peninsula as well so she hangs out at all the bars on Washington [Boulevard in Marina del rey] now, the Whaler, Hinano. So now I kind of avoid that.

What do you think of the whole mixology scene?

I really respect what a lot of these guys are doing but I also think that they’re taking themselves way too seriously. It’s drinking. There are extraordinarily talented people doing great things but sometimes they’re overthinking it. I’m getting $17 cocktails that take 20 minutes to make that, frankly, you know, gimme a Manhattan and I’d be happy…. It’s drinking. Why do people drink? Do they drink to be dazzled by 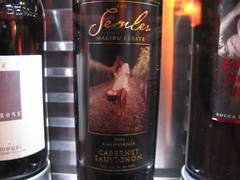 how much shit you can muddle and how you can deconstruct a margarita? I don’t want a deconstructed margarita. I want an actual margarita.

It’s not about drinking to get drunk…

I’m not talking about drinking to get drunk. A good cocktail’s a good cocktail. Like anything else, if you overthink it, if you overanalyze it…it’s like comedy. How do you kill comedy? Funny is funny. A good drink is a good drink. That’s my opinion.

I went to Jose Andres at the SLS Hotel…the food is phenomenal. It’s a nice presentation, it’s a nice experience, but the stuff they’re doing and they bring out…the smoke’s going…. It’s fancy, it’s like going to Cirque du Soleil. But at the end of the day, I just want a regular drink.

Right around the corner, Vincenzo [at Copa d’Oro], these guys are very talented people but at the end of the day…I don’t know if that business model makes sense. The cocktail culture blew up a little bit I’m really feeling that you’ll see that slow down a little bit, maybe as a result of the economy. Places like that are not about volume, it’s the experience. And I don’t know that that business model works.

I love places like the Edison if I’m out on a date. I love the presentation, I love what they’re doing. But if I’m just out drinking, I 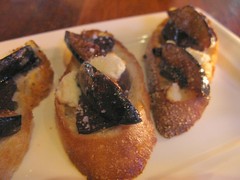 don’t need all that.

Do you go out to drink a lot or do you make cocktails at home?

You know what? I drink wine a lot. More than anything else, I drink wine. Wine fascinates me. Cocktails I know. There’s so much to learn about wine. Yeah, I’d say 90% of my consumption at this point is wine. But if I want to go out, I go to Baby Blues BBQ [in West Hollywood]. For wine, I like BottleRock and Akasha in Culver City.

I like Sidecars, brandy and Cointreau. Fresh lemon juice. I’ll drink Scotch on the rocks more than I’d do cocktails. I like the Macallan 18…if I’m in the mood for a peaty Scotch, I like Lagavulin. American whiskies, there’s one from Virginia called Wasmans’ [sp?] that I really like and there’s one from Colorado called Stranahan’s. Bourbons: Bulleit is great, Beam, Booker’s is fantastic. I really like Woodford Reserve. My favorite vodka is Reyka from Iceland.

If you want to check out Dan’s Playboy Playmates wine tasting tour (here are the tasting notes), it’s available at Pourtal Wine Tasting Bar in Santa Monica through the end of October.