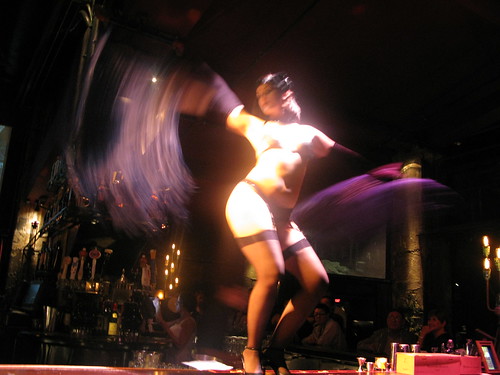 OK, at the risk of doing an Edison two-fer…. When I dropped by the Edison’s Radio Room last night, master mixologist Marcos Tello pulled me aside to let me know that they’re going to debut four new drinks tonight in time for summer.

Here they are lifted from the menu that’s fresh off the presses:

Sure, they all sound kinda on the sweet side but you gotta love that ode to cocktail history, especially L.A. landmarks The Derby and Trader Vic’s. BTW I heard the La Luz Coctel described as a melon margarita. Hmmm. But Amelie sounds refreshing for hot nights, whenever those come around again.