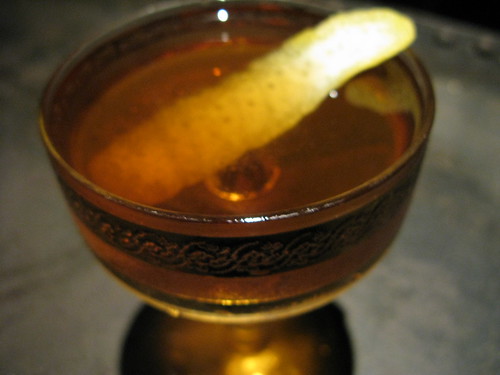 It’s my favorite day of the month today, people! Radio Room at the Edison. But now it’s no longer the intimate shindig it once was. It’s almost as if this speakeasy night has gone legit but not in a bad way.

Guest bartenders are now well-known mixologists arriving from everywhere outside the boundaries of our city, in addition to the locals you know and love. The bar crowd fills up the entire venue, not just the small Radio Room, and even the entertainment has spread about, performing on the main stage, in the crowd and even on top of the bar.

Tonight you can enjoy concoctions made from back East by special guest mixologists hailing from Boston and Chicago: John Gertsen and Misty Kalkofen of Drink (Boston) Peter Vestinos of Wirtz Beverage Group (Chicago) and Jennifer Contraveos of the Crafted Cocktail (Chicago).

And blues and jazz vocalist Brenna Whitaker and DJ Imagika, both from L.A., will be your entertainment for this swank evening.