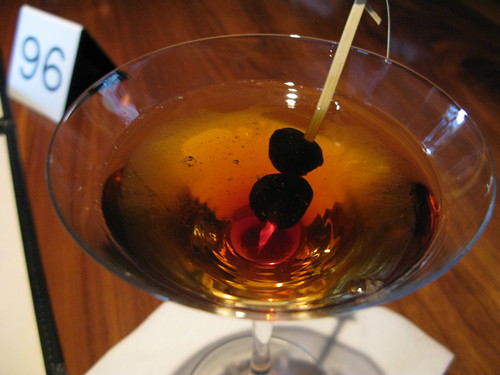 I had a lot of cocktails last year but only a few were memorable. Here are my top 10 cocktail faves from my bar adventures in 2008. They’re listed from most recent to so not recent.

Dark & Stormy at Little Dom’s: The unanimous favorite out of the six vintage cocktails we tried at this charming Italian restaurant was the Dark & Stormy  which uses housemade ginger syrup in place of ginger beer.

BTW, here is a list of my fave bartenders in L.A. and a map of bar favorites from 2008.

Thanks to Food GPS for creating this great idea for a blog post with his His Top 15 Meals in Los Angeles from 2008.