Novelties of the Northwest: Basshole, Coastal Kitchen and Sweet Life 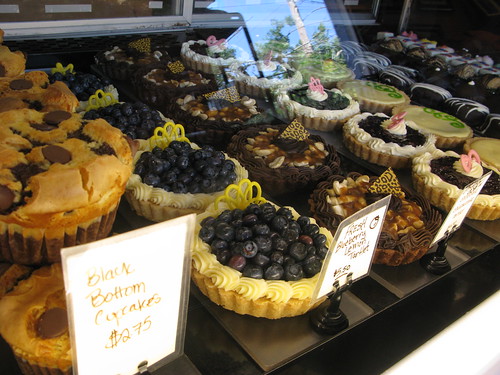 During my lonnnng road trip to Seattle, I had hoped to stop off at various bars, restaurants, and even events along the way to see how the Northwestern towns do it. But turns out traveling 2,300 miles in six days means you don’t really have much time to do anything, especially when visiting family.

However, the few places I was able to check out still offered novelties that I wish we had here back in L.A.

Basshole Cocktail Club: Stopping off at the divey Basshole Bar & Grill and Bait & Tackle Shop in Lakehead, California, near Shasta Lake for a quick lunch on the way to Corvallis, Oregon, (destination #2, night 2) we encountered possibly the world’s greasiest garlic fries, a pregnant bartender/waitress and 7-year-olds playing pool. But the thing that stood out to me the most was this dry-erase board that hung on the wall by the bar which listed the names of people and drinks they bought.

The way it works is that friends and admirers of fellow bar patrons could actually purchase drinks for their peeps to be consumed at a later date. So if you see a cutie at the bar and are too shy to go up to him/her for fear of coming off sleazy with a “Can I buy you a drink?” line just put down the cash for your love cocktail and your name along with their name will go up on the board. If you don’t know the cutie’s name, the waitress will get it for you oh so discreetly.

She said that so far she’s made about two love matches from that board. That would be so cool if we had something like that in L.A. Only problem is that I can’t imagine which L.A. drinking hole would do something like this. Chloe? Qs? Ah, I know. The Backstage Bar & Grill in Culver City!

Coastal Kitchen’s Ever-Changing Theme Menu: Was taken here for my birthday dinner in Seattle and couldn’t have been happier. “Fish-forward” Coastal Kitchen creates a menu every three months or so dedicated to a different coastal region in the world. Greece, Brazil, Indonesia, Normandy, you name it. The night I went, they were on Rome and the menu Rome-ified everything — appetizers, entrees, cocktails and desserts. And it was all done so well. I wish I was able to try their specialty cocktails but instead we broke open a bottle of tasty birthday celebratory Malbec. And the tiramisu for two was skipped for some homemade chocolate hazelnut cake back at bf’s sister’s place. But that just means I’ll have to come back the next time I’m in town to get the full experience. Oh darn.

Sweet Life Patisserie in Eugene, Oregon: We stopped here for a quick breakfast before hitting the long road to our second to last destination, Sacramento. I had found it on Yelp and was drawn in by talk of delectable desserts, coffee and breakfast croissants. And those Yelpers weren’t kidding.

Bf and I walked into the quaint patisserie and were greeted by a huge refrigerated display case of cakes, pretty pastries, and even gelato and artisan sodas. And then something in me snapped. “I’ll take the ham and cheese croissant, a bacon/jalapeno croissant, a Mexican mocha, a black bottom cupcake, an apple strudel…{deep breath} and a chocolate croissant.” OK, the bacon croissant and apple strudel were for bf but still. I think I got a little too excited about everything. I wanted to try it ALL. I wanted to get the poppyseed angel food cake with raspberries, too, but bf wouldn’t split it with me. Boo.

In any case, for all that my bill was only less than $20! That just seemed amazing to me considering all the yummy food I got. They also heated the croissants in an oven! We were offered the choice between oven and microwave, which I assume is for those in a hurry, but since we had time we chose the former. And it was worth it as the croissants came out so perfectly flaky. The Mexican mocha was nice and spicy and would have paired well with the muy caliente bacon/jalapeno croissant but I didn’t want to deprive bf of his breakfast.

We sat ourselves at a cafe table outside even though there were ample places to sit inside. We just had to bus our own tables but no biggie and it was worth it to sit in the sun during our breakfast. BTW, I didn’t eat all that in one sitting. They had packaged the rest in a cake box so we could enjoy it on the road. But the novelty here for me was how quiet and spacious this bakery was. A place this good in L.A. would always be bustling.

I wish I had the chance to try out all the different places you guys suggested. Sigh. Maybe next time.