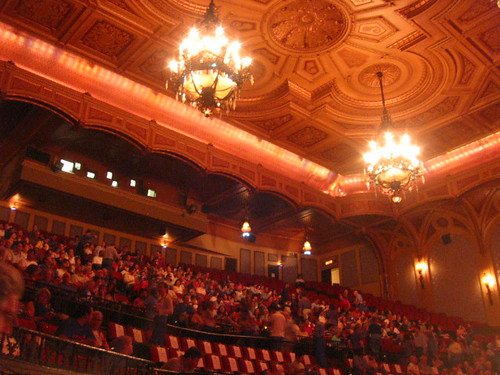 L.A. history buffs and cinemaphiles rejoice! Tickets to L.A. Conservancy’s 22nd Annual Last Remaining Seats go on sale to the general public tomorrow at 10am. Choose from the selection of classic movies screening at some very classic theaters like the Los Angeles Theatre, Orpheum and the recently reopened Million Dollar Theatre from May 28 to July 2. Feel like what it must have been like to watch movies in these beautiful theaters, from enjoying the live organ music of the Mighty Wurlitzer to squeezing your 21st-century ass into your 1920s seat. It may not the Arclight but that’s what makes it charming.

The historic preservation organization will also present live music and special guests with each movie screening. And all performances are general seating so the early bird gets the best vantage point. Doors open at 7 with the show starting at 8 and ending around 10 or 11pm.

TICKETS: $15 for Conservancy members (you can still sign up to be a member and purchase tickets before tomorrow); $18 for general public; $20 at the door if an event isn’t sold out.

TICKETS ON SALE WEDNESDAY, APRIL 23 at 10am