Thai Sabai: Is It Supposed To Hurt Like That? 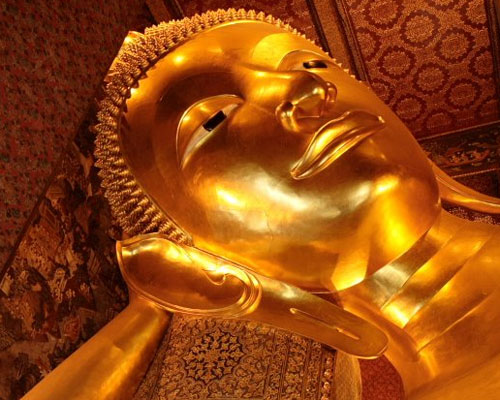 “That lady hurt me,” was all I kept thinking today, my neck stiff and my back aching. I had gotten a Thai sports massage from Thai Sabai in Westwood on Monday after the marathon. At the time, even though the elbow pressing, taffy pulling of my limbs and firm rubdown were more painful than I’m used to with massages, I kept telling myself that it was what was best for my post-marathon achy body. And some of that actually felt good. It felt like a productive massage. More than just for relaxation, rather as if it would prevent future pain that I’d normally experience in Day Two after such strenuous activity. And I liked the stretches a lot.

But when she dug her elbow in the crevices of my shoulder blades over and over and over again and then stopped to work on another part of my back but then returned to that crevice several more times, I thought I was going to scream. Tears were running down my cheeks and I could feel something popping back and forth in that crevice like a rubber ball that couldn’t be squished down. Was that a knot in my back? Was that supposed to happen?

I had sprung for an hour and a half of this. At the time I made the appointment it seemed like a great bargain at only $65. Plus I thought it would be a nice treat for myself. I heard about Thai massage and knew that it wasn’t anything like the Swedish technique which is superficial compared to the deep tissue work of Thai. And my sister who had a massage during a trip to Thailand confirmed the fact that “you feel like you’re getting your ass kicked” and that it makes for an effective sports massage.

I also read Yelp reviews about the Thai Sabai locations in Westwood and Hollywood filled with a mix of elation and disappointment. I figured the people who complained about the roughness of the massage just didn’t know what they were getting into and were simply accustomed to Swedish massages from Burke Williams or somewhere “mainstream” like that.

And it’s not like the place was as dirty or terrible as some people had described it. Yes, it’s not a fancy day spa, the massage area is a mat on the floor and there was only a curtain to separate the two massage areas in the one room. But for a $65 massage I wasn’t surprised. It was all about the massage and those who claimed to be massage therapists or customers of genuine Thai massage in Thailand gave Thai Sabai props. Heck! Daily Candy wrote about it. Even a guy at work recommended the Westwood location, saying that his brothers, both athletes, are regular customers.

So I appreciated the thoroughness of my masseuse Nathalie, who worked every inch of me. But that also only made me wonder if this was a sports massage she was applying or even one particular to my specific needs after running so long. She focused on my back and shoulders more than my legs when my upper body felt fine after the run. My legs were what was in agony.

And the following day when I felt pain in my upper body, in addition to the already present pain in my lower half, I couldn’t help but wonder, “Is it supposed to be like that?” Will this pain go away and give way to relaxed muscles? Is it just like the pain I endure during scrubdowns at the Olympic Spa in K-town where that pain became freshly scrubbed new skin?

I always thought that massages left you feeling like jelly because of the relaxed muscles, not jelly as in being beaten to a pulp.

So Nathalie was pleasant and very thorough and this felt like a more serious massage than Swedish and you can’t beat those prices. But is it worth coming back? I feel the opposite of relaxed, the opposite of better. But those prices, those prices… It’s only $45 for an hour! On the other hand if I really want to relax, I guess I could always just take an Advil and a warm bath with some scented bath salts.

For those interested in getting their asses kicked by a sweet little Thai woman, the best times are in the morning (if you don’t want to have to hear someone moaning and groaning on the adjoining mat) or after work. Usually you can just walk in without appointments. But if you want your ass-kicking on the weekends, call a day or two ahead and make your appointment.

POST EDIT: So three days later I was speaking to another marathoner who didn’t get any sort of massage and she’s still all achy while I’m feeling great and normal again. So maybe the massage did help?