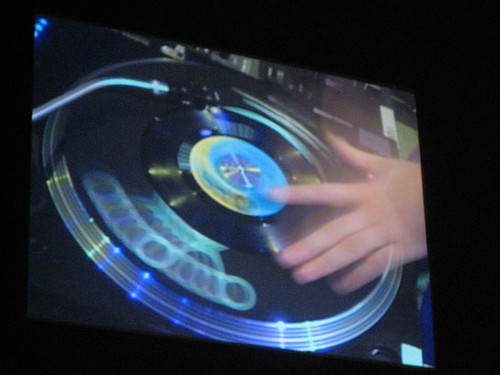 Ugh, I’m still recovering from last weekend…and why is Valentine’s Day so tiring? Anyway, here are some stuff for you to do.

DJ Shadow and Cut Chemist’s Hard Sell Tour
I caught these two at their Hollywood Bowl show last summer and they were pretty darn good and innovative. That’s the first time I’ve seen a turntable strapped on like a guitar. This time you can catch them at the Wiltern on their Hard Sell Tour which will take them all over North America and perhaps on to Europe.

Luna Park’s $16 Prix-Fixe Lunch in Honor of Broad Opening
Everyone’s talking about the new Broad Contemporary Art Museum opening up at LACMA but did you know that in honor of the occasion Luna Park, around the corner from the museum, will be offering a $16 prix fixe lunch? AND there will be a weekly Monday art competition where you can compete against other diners with crayons and paper to win museum memberships.

Wally’s Annual Tent Sale
Ooh, Wally’s is having another tent sale. This one will save you 30-80% off wines, spirits, and champagne, including Dom Perignon and Patron Tequila Anejo. Even their food stuff is discounted. Check out the cheese, baskets and olive oil.

Wild, Wild West Esotouric Bus Tour
Who knew that West L.A. was so wild? Esotouric Bus Tours knew and they are only more than willing to point out all the bad goings-on that took place west of Robertson Boulevard. “You’ll thrill and shudder to tales of teenage girl gangs, tortured tots, wicked wives, evil spirits, cults, creeps and assorted maniacs on a tour so wild, we had to say it twice,” says the site. Pack some food, BYOB and prepare to be thrilled.

The 7th Voyage of Sinbad With Live Commentary
I used to LOVE this movie when I was a kid. Those skeletons can’t be killed! But how cool is it that the guys who created the visual effects and stop-motion claymation will be commenting on the movie while it screens? Ray Harryhausen, Dennis Muren, Randy Cook (3 times Oscar winner for visual effects, LORD OF THE RINGS), Phil Tippett (Oscar winning effects designer, STAR WARS, STARSHIP TROOPERS, SPIDERWICK CHRONICLES), Steven C. Smith (Bernard Herrmann biographer), Kathery Grant Crosby, John Philip Law, Joan Taylor and moderator/film historian Arnold Kunert are in the house.

One Scoop Is Two Balls Art Show/Ice Cream Party
Anyone who has been to Scoops speaks highly of the artistry of owner Tai Kim. Taking risks like an avant-garde artiste he creates ice cream flavors that no one has ever considered before — bacon, vodka, wasabi, etc. So it makes sense to throw an art show in his store. The show is free but you’ll have to buy ice cream, not that anyone will complain.