This Weekend: Shiny, Shiny Bad Times Behind Me 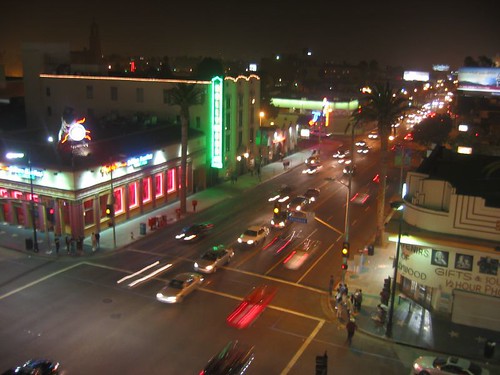 Did I already tell you how much I love our city? This weekend we have so many different and cool things going on: a neon cruise, swinging ice skating and a taco truck adventure.

Xu Xu Fang, Exitmusic and Winter Flowers at Bordello Bar
I’ll be at Bordello before the music starts for a Yelp party but then will stick around to check out Xu Xu Fang, which has been described by Flavorpill as a cross between “Jefferson Airplane with a little Radiohead and maybe a hint of Berlin.” Lovely! Winter Flowers and Exitmusic will open up the show.

Guerrilla Gay Bar Takes Over Lola’s
Look out, straight martini drinkers, the gays are taking over your favorite tini bar, Lola’s. Choose from over 50 cocktail options or check out the best seller list and make some fab friends while you’re at it. Since this joint is usually busy on weekend nights you might want to show up earlier than the appointed 10pm. GGB dress code: Wear a tie — bolo, bow tie, neck tie, take your pick. RSVP here.

Eraserhead 30th Anniversary Screening at LACMA
You may know him as L.A.’s much beloved weatherman but before that he actually made movies. To cap off LACMA’s weekend of all things David Lynch where they pay tribute with screenings of his short films and a documentary on the strange genius, the museum will screen a restored 30th-anniversary version of his early film, Eraserhead.

MONA’s 2008 Poet’s Beat Neon Cruise
Oooh! Shiny! This bus tour sounds like so much fun — neon combined with a booze cruise. Tour the city’s best bright lights while enjoying the spoken-word poetic commentary of Mike the Poet on the neon landscape. And to add that special blurred effect to the lights, there will be three stops at some of your fave bars.

Shark Run/Walk and Mako Mile
For a lovely morning run, it doesn’t get any better than this 5K along beautiful Zuma Beach. Forget about improving your time, check out that scenery. And if 3 miles is just too much, you can do the Mako Mile.

Swingin’ Sundays at Pershing Square
Aww, Downtown on Ice will close its rink on the 21st but you can still enjoy one more go-round during the last Swingin’ Sunday. Latin/Ska band Upground will heat up the ice for your skating pleasure.

Yelpers’ Eagle Rock Taco Truck Crawl
Can’t get enough of taco trucks? You’ll find like-minds at the Eagle Rock Taco Truck Crawl organized by Yelpers with strong stomachs. The group will meet at All Star Lanes, where they will also end the night with drinking and karaoke. The truck lineup will include Leo’s, Sonia’s, Rambo’s and Verdugo Taco Stand, to name a few. Don’t forget to bring lots o’ cash for the tacos.