This Weekend: Alas, No More Caroling 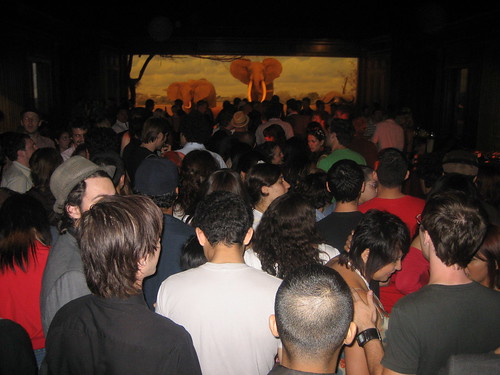 Coming down from the holidays? I know, I’m feeling a bit blue, too. No more sparkly lights or Christmas music or wonderful sales. Le sigh. At least this weekend, there are lots of music events to choose from to get your ass grooving again, from a drum-off to a mashup. Take your pick.

First Fridays featuring Sea Wolf
Nothing like music and taxidermy to start off a new year right. Enjoy indie fave Sea Wolf at the Natural History Museum’s series First Fridays. Also performing are Afternoons with DJ Hoseh and DJ Allen of dublab.com spinning in the African Mammal Hall. Enjoy drinks at the three bars and the L.A. Weekly lounge.

Tree People’s Mountain Planting
Is making the world a nicer place to live one of your new year’s resolutions? Join the Tree People in restoring woodland by planting oaks, native plants and grasses in one of the ‘Bu’s prettiest parks. Contact Kristina Clark at kclark@treepeople.org or (818) 623-4846 to join in on the fun.

Hive Gallery’s New Year Group Show Opening
The Hive Gallery is a-buzzing with a fresh crop of artists. Check out the opening reception where live painting, DJs and a full bar await you.

Guitar Center’s Drum-Off Grand Finals
The nation’s best undiscovered drummers compete to be crowned the Drum-Off champion. The night will feature performances by the four Drum-Off finalists as well as Angels & Airwaves, “Go Get A Late Pass!!!” featuring ?uestlove of The Roots, Street Drum Corps with special guests Adrian Young of No Doubt, Brooks Wackerman of Bad Religion, Shannon Leto of 30 Seconds to Mars, John Sawicki of Stomp and Byron McMackin of Pennywise.

Last Day of Dali: Painting & Film at LACMA
I find Dali’s films disturbing but if you love that crazy surrealist (said affectionately, of course) and still haven’t visited his paintings and films at LACMA better check it out while you still can. Sunday is the exhibit’s last day at the museum.