Thanks for the Memories: Holiday Tingly Mingly 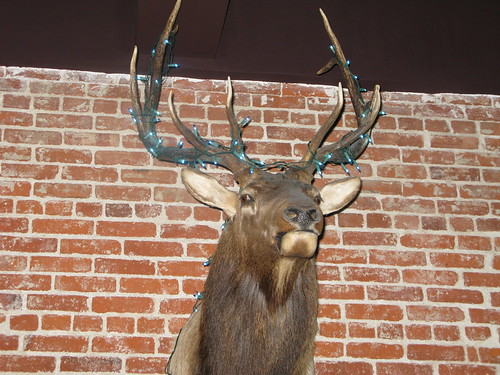 Last night’s Holiday Tingly Mingly at Seven Grand was so effin’ awesome and thanks to all the crackheads who braved a Wednesday night for the $5 drink specials and to meet other midweek revelers and me. I don’t know about you but I had so much fun and I hope you did, too. For those of you who introduced yourselves, it was so cool to meet you and thanks for coming and even for continuing to read my blog. We definitely have to hang out again soon.

Thanks to Metromix, Going.com, Yelp and LAist for calling out the party as their pick. I think that contributed immensely to the crowd that showed up.

A huge-ass thanks to the boys at Seven Grand for making the evening so special. They went above and beyond, making table toppers for the drink specials, welcoming the crackheads with open arms and cocktail shakers and keeping the crowd very merry indeed.

Everyone seemed to enjoy the smoking patio with folks toting their own Cubans out there. I took advantage of the jukebox, playing some Christmas songs by my faves Elvis and Sinatra, before the jazzy live band took over at 10. And people drank and drank. Usually Wednesdays are ladies night at Seven Grand with a decent crowd but Aidan, the bar’s general manager, noted that it was indeed a lot busier than usual last night. I’d like to think we had something to do with that.

Anyway, happy holidays, people, thanks for making it happen. Here’s to an exciting new year.