Beer Me: Unibroue Beer Social at 3 on Fourth 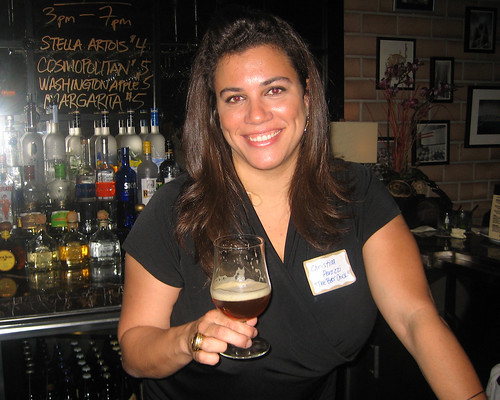 With Thanksgiving in a couple weeks, admit it, you’re already on autopilot. You need something to look forward to before then. How’s about a beer social? Huzzah! 3 on Fourth in Santa Monica is presenting a Unibroue Beer Social featuring the talents of beer sommelier Christina Perozzi and 3 on Fourth’s Chef Daniel Snukal. The two have collaborated on a lovely menu where they paired appetizers to compliment the tastes of Unibroue microbrews they’ll be serving.

Make your reservations asap before it’s sold out. At $30 a head, it’s worth it considering you’re getting five microbrew tastings AND appetizers AND you get to learn some stuff from the Beer Chick herself. And don’t let this deter you but I’ll be there…stuffing my face and wiping my mouth. Call (310) 395-6765 to reserve a glass.

If you miss this particular social, however, the restaurant hopes to do this sort of thing once a month with other libations like a sake social or a wine tasting, etc. so keep an eye out.