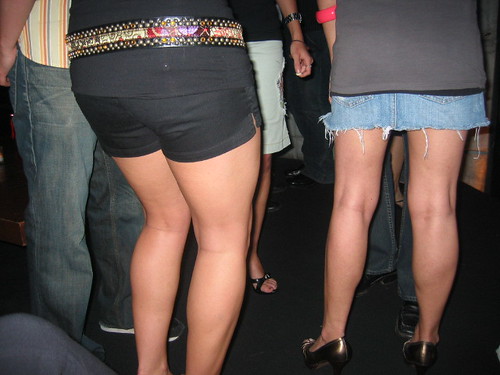 Looking to find a cool place to throw a little shindig for a friend’s birthday on a Friday, Saturday or even a Sunday. Somewhere in between Hollywood and the Westside (Venice or SM) would be great. Not too mellow or crazy — but dancing the night away isn’t a bad idea either. We’re in our early to mid 20s and the guest list is somewhere around 10-15.

Would very much appreciate your input on this!

Thanks!
Groovy in the Heart

I’m not big on dance clubs but I hear ’90s night at Santa Monica Bar & Grille is a lot of fun and there’s no cover. Don’t let the live band scare you. I hear they’re quite good. The crowd is young and good-looking and everyone likes to dance. Club Tubthump, as it’s called, just celebrated its one-year anniversary last week. But I think this only happens once a month so you’d have to call the bar and see if it falls on the date you’d like to go.

My roommate and resident party girl, Dre, keeps trying to get me to go but since I’m training for the marathon I can’t stay out late on Friday nights. But this event got a writeup on Thrillist.

Bar Lubitsch has a dj and dancing in their beautiful backroom on the weekends as well.

V Lounge on Wilshire in Santa Monica took over the Lush space but there’s still dancing and I hear that bottle service is “cheap” compared to Hollywood clubs. Here’s what Yelpers have to say about it.

Seven in West Hollywood sounds really cool and is actually on my list of places to check out as it’s been getting great reviews for its non-Hollywood vibe_. It’s even down the street from Bar Lubitsch so you could barhop. But on Saturdays, it might get crazy busy since from 9 to 10:30pm they give away champagne._