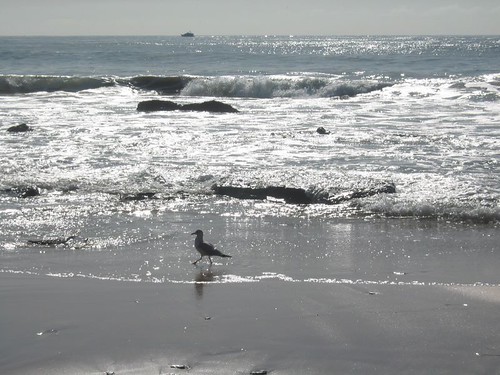 Awww, summer’s over. But I don’t want it to be overrrrr! It felt like things were just getting started. Sucks. Anyway, here are some stuff you can do over your long weekend before you have to return to the world of responsible adulthood.

REI’s Labor Day Clearance Sale
Stock up on outdoorsy accessories and adventure gear at REI this weekend. 25%-70% off throughout the store. Weeee! New hiking boots, here I come. Of course they’ve got stuff for climbers, bikers and kayakers, too.

Trans Am: 2-Year Anniversary Party at Beauty Bar
Kick off your holiday weekend with danceable ’80s music remixed and $2 drink specials. It’s the 2nd anniversary of Trans Am. Yeah, I don’t know what that means either but there’s no cover and you can get a $2 drink between 9:30 and 11pm. Totally tubular!

Dinner and a Movie with 300 at Cinespace
Man, I LOVE this movie. And not for the reasons you think. OK, maybe for some of those reasons. But Cinespace will be screening this extremely bloody flick while serving you dinner. Yeah, I don’t know how people will be able to stomach their food during all that squirty violence but that’ll be fun to watch.

Fiesta Hermosa
You may think it’s just a street fair but it’s so much more. For me it marks the end of summer. Sigh. I like to bike down there since it’s too crazy to find parking and then eat some funnel cake, maybe play on the beach, grab some drinks with friends, listen to music, buy some hippy dippy shell jewelry and then bike back.

What Ever Happened to Baby Jane? at Hollywood Forever Cemetery
Another great movie with two Hollywood legends who, although very cordial to one another during the filming of this movie, were very jealous of each other in real life. Hm, like real sisters! But you gotta love Bette Davis for letting herself get uglified and wacky for this role. In any case, watching Baby Jane in the neighborhood where it was based will certainly be a thrill to L.A. history buffs.

City of Los Angeles’ 226th Birthday Celebration: Walk to L.A.
If you love this city as much as I do, you’ll want to reenact “Los Pobladores – Walk to Los Angeles.” Back on September 2, 1781, 11 Spanish settler families and four Spanish soldiers walked toward the river and established El Pueblo de Los Angeles, which 226 years later has grown into our lovely Los Angeles metropolis. Afterward you can party down at Olvera Street where there will be live music and lots of food. The original walk from the San Gabriel Mission (428 Mission Avenue, San Gabriel) was nine miles but you can also opt for the three-mile hike which starts at Lincoln Park Park (3401 Valley Boulevard, LA).

3:10 to Yuma Sneak Preview at the ArcLight
September 4th’s Q&A with the movie’s director is sold out but you can still snag tickets to a sneak preview this Sunday. HA ha! This movie already got 100% on the Critics Tomatometer and it hasn’t even come out yet! And if that’s not enough incentive, Christian Bale is in it…oh yeah, and what’s-his-face, Russell Crowe.

Griffith Park Hiking Trails Reopen
I don’t know about you but on Monday, all I really want to do is lie around and soak in the last moments of summer. Or maybe I’ll get motivated and check out the reopened trails at Griffith Park. After the fire back in May which took out 820 acres of the park, a lot of Griffith Park was closed off. But the Mount Hollywood, Vermont Canyon and Royce’s Canyon trails all reopened on August 27 just in time for Labor Day.