Caroline Does Ramona…California, That Is 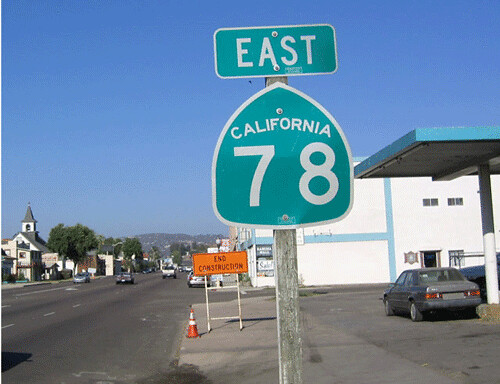 I got invited to spend a weekend at my friend Andrea’s timeshare in “San Diego” so I gladly accepted the invitation with visions of San Diego nightlife dancing in my head. It wasn’t until we drove through Escondido, made our way up winding roads etched in rocky hills and passed a “San Diego 45” sign that I knew this wasn’t going to be the sort of getaway I thought it was. 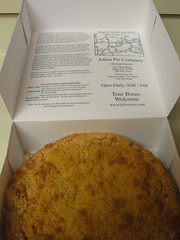 Instead, the nearest “nightlife scene” was Barona Casino and the nearest hot spot was Julian Pie Company, famous for their mouthwatering apple pies.

The resort where the timeshare was located had a spa where we tried out their 50-minute full body massage ($75) which was very eh. The masseuses had a very light touch as if they were afraid to really get in there and rub hard. Andrea suspects it’s because the masseuses didn’t want us to think they were hitting on us. But I think it’s because in the estates, they’re used to handling seniors.

A thing that caught my eye on the spa menu was eyelash extensions for $250, which is considered very cheap by L.A. standards. But when I inquired more about this service I found out that the beauty technicians had completed the eyelash extension class just last Sunday and had only done a couple of clients, a.k.a. their co-workers. “Anyway, I wouldn’t waste my money on that…I mean, if I had MAD money then I’d do it but it seems like a waste,” my masseuse said when I asked if that new service was popular.

After our massages, three of us girls decided to opt out on the antiquing excursion to Julian (22 miles away) with the others. Instead we took an impromptu tour of the grocery stores in Ramona, which consequently had the nearest Starbucks.

For some reason we just couldn’t get off our asses to check out the horseback riding ($30) or nearby hiking trails. Must have been the threatening rain clouds and the all-day hangover from the previous night’s festivities.

Instead Andrea, who works for bootyparlor.com, threw us a bootyparlor party. More on that another time…

Later everyone wanted to check out the Barona casino. All day they had been talking about going but once we got there we only stayed about an hour as that was all the time it took for everyone to lose the shirts off their backs. At least the parking was free. But if you ever have the inclination to check out this place, don’t. Unless you don’t mind $25 minimums for the Black Jack tables and no liquor. Plus…um, let’s just say that the patrons weren’t so easy on the eyes. 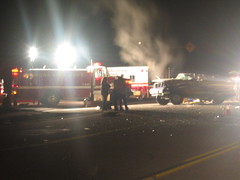 To save the night, I had recalled seeing a Molly Malone’s on Main Street back in Ramona. But on the way there we encountered a horrific accident scene. Apparently a pickup truck had taken a sweeping turn too fast, flipped and rolled right in front of a fire station, conveniently enough.

As gruesome as it was we had to stay and watch as the firemen spent about 10 minutes using the jaws of life to pry the driver out of the car. After they took the man away on a stretcher, we finally continued on to Molly’s.

Now we weren’t expecting much from a sports bar in the middle of nowhere. Maybe some bikers, random tourists and definitely locals with shitkickers but not the bustling bar scene of young people that we happened on. The country/rock music was turned up loud, the bartenders were flipping bottles and there were actually some decent-looking people in the joint. Coors was $1.25 every day all day and a Jameson and Coke was $5.50. 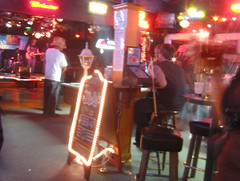 By the end of the night, one of the girls made out with a local boy who had said he hadn’t been with a woman in two years, I got hit on by two locals who told me that I “sure had purty eyes,” and one girl twisted her ankle exiting the bar but was promptly helped up by 10 bar patrons who rushed to her aid. Can’t say the same thing would happen in L.A.

Would I visit Ramona again? Sure, if I just want a relaxing getaway from “big city” life. Next time I’d like to check out that horseback riding, though, and maybe even risk the hour drive to San Diego. As it is, a vacay in this little backwater town is whatever you make it.