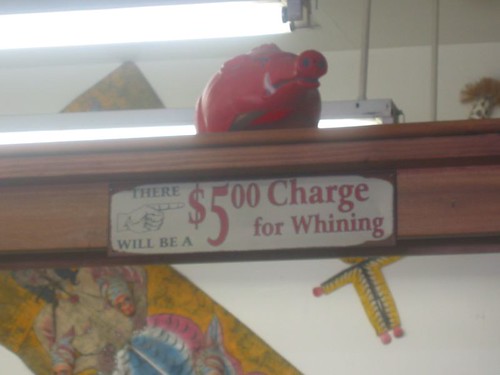 A friend of mine wanted me to go with her to get her first tattoo. She was really nervous as she had put off getting one for a long time for fear of the pain. So I was there to lend moral support as I had gotten one before and could tell her that it didn’t hurt THAT much. She heard of Sunset Strip Tattoo from her friend who had gone there three times previously and was very happy with the work.

The parlor is located in the heart of Rock n’ Roll Central in Hollywood, down the street from the Guitar Center. When we walked in, sure enough there were a couple of rocker dudes. You could tell they were in a band by their strategically messy hair and leather pants. I think either they were getting matching crosses with someone’s initials in it or only one of them was. Another patron waiting for a tat was a grandmother who wanted a hibiscus. She brought her grandson and some samples of the type of art she wanted. But if she didn’t have a picture, there were many books as well as samples of tattoos all over the walls to help people find what they’re looking for. But who would want to get a tattoo of Popeye the Sailorman or a Chinese character that said “The Bible”?

There was no greeter or receptionist so my friend and I stood around and waited for someone to ask us if they could help us. No one ever did so I finally asked one of the guys in the shop if we needed to make an appointment first. He said we didn’t and then had my friend sign some form, show her I.D. to prove she was over 18 and took her credit card. She wanted a simple, small tat of a Chinese symbol in black ink and he priced it at $100. If there was color, he said it would cost more because of the extra work.

We then followed him into the back and he had her stretch out on a padded table. I watched him as he removed his tools from their wrappers. It was a clean shop and the guys there were friendly but quiet. One of them smoked as he signed up the customers.

I want to get another tattoo but I’d like to do some more research before I commit to this one shop as I heard Ed Hardy’s in SF specializes in Asian tattoos and other friends have tat artists they personally recommend. However, seeing as this parlor is located on the Sunset Strip, those guys must get a lot of practice and really know what they’re doing.

In the end, my friend was very happy with her new tat and said that it really didn’t hurt as much as she thought it would. “I’ve had bikini waxes that were more painful,” she shrugged.